Remote Sensing and Looting in Egypt

The study by Sarah Parcak and her colleagues on looting in Egypt is extremely significant (Antiquity 2016 [link to CUP]). Their use of remote sensing has allowed an assessment to be made of the scale of damage to ancient sites across Egypt. The group plots the chronological changes in looting.

One of the striking things is that there is an apparent correlation with the amount of Egyptian material surfacing on the market (see here).

An Analysis of Looting in Egypt

My analysis of looting in Egypt is available here.

Email ThisBlogThis!Share to TwitterShare to FacebookShare to Pinterest
Labels: Egypt

I have commented before on Nathan Elkins' article on "Ancient coins, find spots, and import restrictions: A critique of arguments made in the Ancient Coin Collectors Guild’s ‘‘test case’’" in the Journal of Field Archaeology (2015).

This is now available online via academia.edu.

Abstract
The Ancient Coin Collectors Guild (ACCG) has launched multiple legal challenges aimed at undermining import restrictions on ancient coins into the United States in bilateral agreements with foreign countries.One key component of the ACCG’s argument is that the State Department has inappropriately restricted certain types of coins according to where they were made rather than where they are found, as mandated by the 1983 Convention on Cultural Property Implementation Act. Although the ACCG has thus far been unsuccessful, it has not been pointed out that existing import restrictions on coins, in fact, have been written to include coins that tended to circulate locally and that are found primarily within the borders of the country with which the bilateral agreement is made. The ACCG’s argument is thus on shaky ground. As the ACCG continues to press ahead with new litigation, it is worth drawing attention to realities and probabilities of ancient coin circulation as they pertain to protected coins.

The Challenges for Archaeology

The set of responses reflecting on the main challenges to archaeology today has appeared. They make a great read. Several address the issue of looting.

Dr Christos Tsirogiannis has spotted that an image of a Roman fresco showing fish that was returned from the Geneva warehouse (apparently linked to Robin Symes) to Italy appears in the Medici Dossier. He points out that the fresco has been restored subsequent to the taking of the Medici photograph.

A similar pathway from Medici to Symes can be seen for the Attic red-figured krater that was returned to Italy from the Minneapolis Institute of Art.

A selection of images has been made available including comments by Tsirogiannis.

Robin Symes, Returns from Geneva and the Medici Dossier

Dr Christos Tsirogiannis has identified the Etruscan male and female heads from the two sarcophagi returned from Geneva to Italy. The two feature in the Medici Dossier.

This raises issues about how this material moved from Medici to Symes. Was the return based on positive photographic identification?

In addition, where was the sarcophagus conserved? Who was responsible for the restoration?

We look forward to the official Italian press release where further information is likely to be revealed.

More on the Symes material returned from Switzerland

There is growing interest in the 45 cases of antiquities returned to Italy from Switzerland. The Swiss authorities have issued a press statement (January 14, 2016). The statement does not identify Symes but merely states:


The antiques had been brought to Geneva by a former high-profile British art dealer, whose name has been linked in the past to the trading of several looted antiquities throughout the world.

It also tells us that the material was stored under the name of an offshore company. It also appears that the warehouse owner had not been paid for 15 years.

What other storage facilities are likely to emerge? What about the material seized in London? There can be no reason for the UK Government to fail to co-operate with one of our European partners on this important cultural property issue.

Charges made over church lead thefts in Norfolk

There has been some concern about the level of church lead thefts in Norfolk and Suffolk over the last few months. On Friday Norfolk Constabulary issued a statement:


Police have charged a man in connection with lead thefts from two churches in Norfolk.

Marian Cristian Nitu, aged 22 and from Birmingham, has been charged with two counts of theft.

The charges relate to the theft of lead from St Peter’s Church in Guestwick in September 2014 and All Saints Church in Alby in October 2015.

Nitu has been remanded in police custody and is due to appear before Norwich Magistrates Court on Friday 29 January 2016.

For further details of the Norfolk thefts see here.

Losing Knowledge: A Challenge for Archaeology 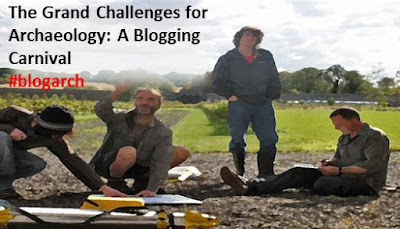 One of the greatest challenges to archaeology is the rapid loss of archaeological contexts. Archaeological sites have always been seen as a source of acquirable material: think of the Etruscan and Campanian cemeteries providing the 'vases' for the great collections of northern Europe. The construction of roads, housing and other infrastructure projects have inevitably cut into archaeological sites. One of the most imaginative responses was the creation of station museums on the Athens Metro to display the finds.

The industrial scale of looting at Mediterranean region sites from the 1970s has been highlighted by the revelations of the Medici conspiracy. Each lorryload of material that is returned from warehouse facilities in Switzerland represents 100s of archaeological contexts that have been destroyed and left (largely) unrecorded. Over 300 objects have been returned from North American public and private collections. Their acquisition in the first place reflects a passion for acquisition that was not matched by a professional desire to retain information.

In the UK there is the challenge that metal-detectorists continue to search unrecorded archaeological sites and remove the items without (always) asking for professional archaeological advice. The Roman cavalry parade helmet that was said to have been found at Crosby Garrett in Cumbria not only has no confirmed findspot, but it has now passed into private hands and is not available for regular public display. One of the most notorious recent examples was the removal of the Lenborough Hoard from a known archaeological site that appears in the Historic Environment Record (HER). Known archaeological sites are being deliberately searched, such as the Roman Saxon Shore fort at Bradwell on Sea in Essex. This is particularly tragic as part of the site has been lost due to coastal erosion.

One of the most pressing challenges is the preservation of archaeological sites in Syria and northern Iraq. The world's media have commented on the deliberate public destruction of monuments at the World Heritage site of Palmyra (e.g. noted here). At the same time there is evidence that archaeological sites in Syria are being systematically looted, and that some of this material is ending up on the market in London (e.g. discussed here). There needs to be wider public debate by archaeologists highlighting the loss of knowledge to the world's unique and irreplaceable heritage.

The University of Glasgow Trafficking Culture funded project came to an end yesterday, i.e. the end of January. We await to see what will emerge.

For the closure of the Cambridge Illicit Antiquities Research Centre (IARC) see here.

Email ThisBlogThis!Share to TwitterShare to FacebookShare to Pinterest
Labels: Scotland

It appears that the objects were owned by Robin Symes but placed under an assumed named. Among the finds were Apulian pottery, fragmentary Pompeian wall-paintings and thousands of fragments of the painted interior wall of what appears to be an Etruscan temple.

Isman reminds us of the Symes material that remains in London (see his earlier discussion of this group).