Concerns over damage to sites in England

The All Party Committee on Cultural Heritage was taking evidence earlier this month. Lord Renfrew chaired the session.

One of the topics discussed related to the extent of damage to archaeological sites, including those that are scheduled, in England through the inappropriate use of metal-detectors. One senior museum figure from East Anglia expressed his concern, and I was able to share information about damage to one of the Late Roman Saxon Shore forts at Bradwell on Sea in Essex.

It would have been helpful if two senior curators from a major national museum in Bloomsbury had contributed to this part of the discussion. 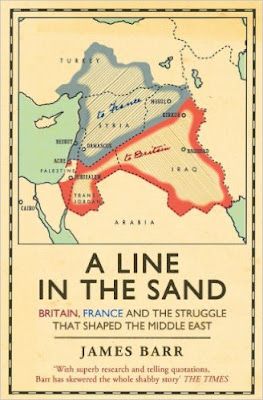 Among those who have shaped the present territorial landscape of the Middle East was the archaeologist David Hogarth, former director of the British School at Rome. James Barr's A Line in the Sand: Britain, France and the Struggle that Shaped the Middle East (2012) helps to explore the implications of work of the Arab Bureau.