Vibia Sabina and the Kyknos krater 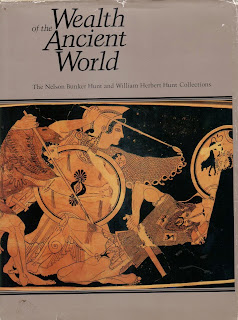 Dr Christos Tsiriogiannis has published a significant study of the routes by which the marble statue of Vibia Sabina and the Kyknos krater passed through the market.

Abstract
Based on research into the confiscated photographic and document archives in the hands of the top antiquities dealers (Robin Symes-Christos Michaelides, Robert Hecht, Giacomo Medici, and Gianfranco Becchina), so far more than 250 looted and smuggled masterpieces have been repatriated from the most reputable North American museums, private collections, and galleries, mainly to the Italian and the Greek states. Most of these repatriations were advertised in the press as voluntary action by the institutions and the individuals who possessed them. However, this is far from true; the repatriations were the results of lengthy negotiations, where the presentation of evidence alternated with diplomatic tactics and legal threats in order for the two parties (in some cases, three) to reach an agreement. Among the much-celebrated repatriated antiquities are at least two cases that require further research regarding their legal owner. This article aims to analyze these two cases and to set out new questions. In the end, there is doubt that the state who finally received these antiquities is necessarily the one from which they have been looted and smuggled. Based on this analysis, the article aims to highlight alternative paths to the discovery of the truth, paths that might have been more effective, if they had been followed.