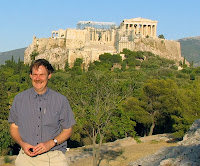 This time last year I suggested that we were likely to see resolutions over the return of antiquities from the Cleveland Museum of Art and the Shelby White collection. The return of material from the White-Levy collection was announced in January, and from Cleveland in November. January also saw the arrival of the Sarpedon (Euphronios) krater in Rome.

Other material returned to Italy was recovered by Operation "Ghelas", Operation "Ulisse" and Operaton "Online". Apulian pottery seized in Spain was handed back, as well as the contents of a warehouse belonging to a dealer in Basel. A new Euphronios fragment turned up at Cerveteri. Some of this returning archaeological material was displayed in the second Nostoi exhibition in the Palazzo Poli in Rome; Nostoi moved to Athens in September.

Greece has been more active in calling for the return of antiquities. A major conference on cultural property was held in the New Acropolis Museum back and this led to renewed calls for the return of the Parthenon marbles; small fragments of returned pieces of the Parthenon have gone on display. Other returns included a statue stolen from Gortyn on Crete that surfaced with a Swiss antiquities dealer, and a marble lekythos. Shelby White announced that two items from her collection would be returning to Greece.

Antiquities have also been returned to Egypt, Libya (Cyrenaica) and Algeria. The appointment of Brent R. Benjamin of the St Louis Art Museum to CPAC is likely to bring further tensions with Egypt. The scale of looting in Iraq has been the subject of rigorous discussion.

I have mapped trends in the sale of Egyptian antiquities at Sotheby's (New York). Meanwhile Bonham's (London) had a bad year. They had to withdraw an Egyptian lot in May and the sale of the Graham Geddes collection in October attracted much adverse publicity.

Institutions have begun to respond to the debate about the way that antiquities surface on the market. The Association of Art Museum Directors (AAMD) launched its Object Register in June, and in November the first item was posted. The AAMD also issued "New Standards on Collecting of Archaeological Material and Ancient Art". The Milken Institute sponsored a conference and report about the antiquities market.

Two books have attracted much publicity during the year: James Cuno's Who Owns Antiquity? (Details of reviews) and Sharon Waxman's Loot!

The search for a successor to Philippe de Montebello at New York's Metropolitan Museum of Art was announced. This brought a distinctive tribute from Lee Rosenbaum of CultureGrrl. An exhibition celebrating the de Montebello years went on display. Thomas P. Campbell was appointed in September.

This is just a sample of the stories covered in 2008.