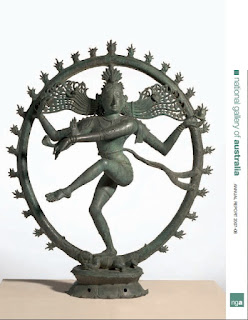 
The National Gallery of Australia has admitted to acquiring 21 items from disgraced New York antiquities dealer Subhash Kapoor, who was arrested on an Interpol warrant and extradited to India, where he is being held on suspicion of trading in stolen precious artefacts.

Among $11 million worth of antiquities Kapoor has so far admitted to trading is a large 900-year old bronze sculpture of the Indian god Shiva, which the Canberra gallery bought in 2008 and displayed prominently on the back cover of its annual report that year.


Gallery director Ron Radford, who was director when the statue was acquired, declined to answer questions from The Weekend Australian about the discovery or say how the gallery would address the concerns of the collecting community.

The NGA now needs to present its due diligence process and to demonstrate that the Shiva had a recorded history that could be recorded back to at least 1970.