The finder(s) of the Crosby Garrett helmet 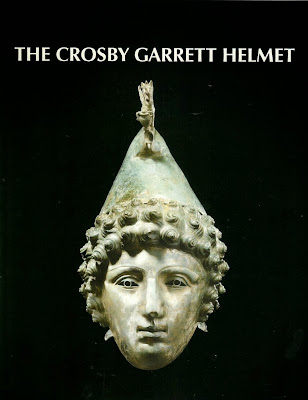 Dot Boughton, FLO for Lancashire and Cumbria, notes in the new booklet on the Crosby Garrett helmet that this piece of armour 'was discovered by two metal detectorists in May 2010 in Cumbria' (p. 17). This is the view taken by the Independent who identified the finders as a father and son team from Peterlee, a viewed shared by Boughton: 'The finders, a young man and his father from County Durham, had enjoyed detecting in Cumbria for quite some time ...'

Yet Bettany Hughes has claimed that there was a single finder. This seems to be the view also taken by Christie's at the time of the sale.

Thanks for keeping the subject alive. Here's some thoughts on this from several years back:
http://paul-barford.blogspot.com/2010/09/little-birdies-work-fast-crosby-garrett.html