Relief of Seti I returned from London 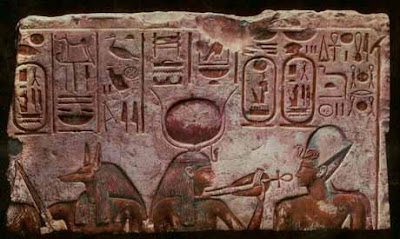 In October 2015 a relief of Seti I was recovered from an unspecified London auction-house (Nevine El-Aref, "Egypt recovers Stolen relief of King Seti I from London", ahramonline October 4, 2015). This was seized by British police and has now been returned to Egypt (Nevine El-Aref, "Stolen relief of Egyptian King Seti I recovered from London", ahramonline December 14, 2015).

The piece was identified by Marcel Marée of the British Museum.

The relief is currently being conserved in Egypt.

This appears to be part of a much larger story of high level corruption in Egypt. One would hope Egyptian authorities would be as interested in bringing corrupt officials to justice as in scoring points against foreign collectors and auction houses, but that remains to be seen. For more, see http://english.ahram.org.eg/NewsContent/9/40/187462/Heritage/Ancient-Egypt/Investigations-underway-on-disappearence-of--artef.aspx

The legal paperwork lists those who handled the 180 antiquities that have been handed over by Michael Steinhardt. Robert Hecht is top of th...