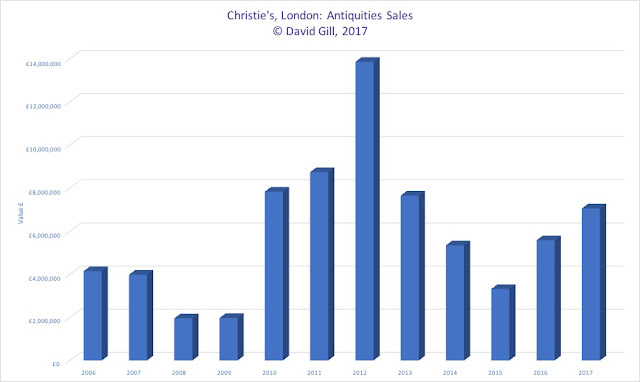 However this figure for 2017 is lower than the £7.4 million for Sotheby's in London for the same year.