Rick Witschonke on the stigma of association 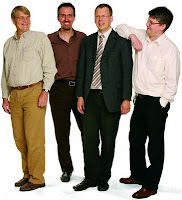 Rick Witschonke of Califon, New Jersey has responded in a letter to the editor of the Art Newspaper.  He comments on the report of the appearance of two items that feature in the Medici Dossier in the October sale at Bonhams.

There are several points worth noting:


Witschonke is a curatorial associate of the American Numismatic Society (ANS) and Co-Director of the ANS Graduate Seminar in Numismatics.

For a further comment on the Art Newspaper letter with a response from Witschonke see here.

I actually agree with most of Dr. Gills points. But he has not answered the question I posed: Why has the Italian Government released some (or all) of the Medici and Becchina images to him, but not made them publicly available, which would help dealers and collectors perform the due diligence that is being asked of them?

The polaroids were on the Carabinieri Tutela Patrimonio Culturale web site. They were quite publicly available, and anyone interested could have downloaded them.