From Italy to Munich 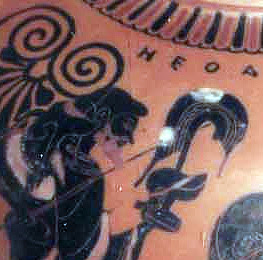 A Munich auction-house will need to explain why items appearing in a forthcoming sale feature in one of the dossiers of images seized in Switzerland. Research by Christos Tsirogiannis has identified an Attic black-figured neck amphora attributed to the group of Würzburg 199 that had formed part of the Waltz collection in Munich.

Circumstantial evidence suggests that this amphora was found in Italy. Other neck-amphorae with the same attribution have been found at Cumae, Orvieto, Vulci and reportedly at Cerveteri.

Will the auction-house take responsible professional action and contact the Italian Ministry of Justice?

May be this could be one case study for the recently founded new position for the protection of cultural heritage and site management (Arbeitsbereich Kulturgüterschutz und Site Management) within the German Archaeological Institute this November? Curious what Dr. Lueth is working on these days in this position...