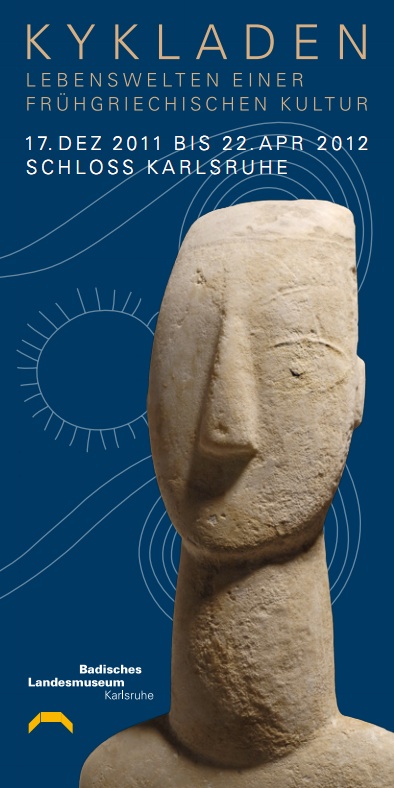 The Badisches Landesmuseum in Karlsruhe will be returning two Cycladic objects, a figure and a bowl, to Greece, The ceremony is apparently due to take place in the National Archaeological Museum in Athens tomorrow, Friday June 6, 2014.

The claim was first made in October 2011.

If this return is confirmed, it will hint that the Badisches Landesmuseum has now accepted that it was buying recently surfaced material.

Dear David,
Another fact underlining a shared understanding on cultural heritage between Greece and Germany: The Pfahlbaumuseum in Uhldingen will be returning 10.600 fragments to Greece which were illegally excavated by the Nazi troops in 1941 and subsequently transferred to Germany. The fragments are soon expected to be transferred (initially) to the National Archeological Museum in Athens.
Details can be found at:
http://www.deutschlandfunk.de/raubkunst-baden-wuerttemberg-gibt-nazibeute-zurueck.691.de.html?dram:article_id=289527
and:
http://www.kathimerini.gr/772457/article/epikairothta/ellada/oi-germanoi-epistrefoyn-ta-arxaia-poy-arpa3an-oi-nazi-sthn-katoxh
Regards,
Emmanuel

Brill has published a statement indicating a retraction on their published study of P. Sapph. Obbink [ statement ]. They cite Michael Sampso...