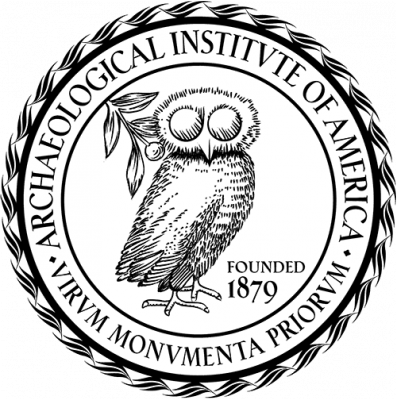 The Archaeological Institute of America has issued a statement about the sale of antiquities by the St Louis branch of the organisation ("New AIA Statement on the St. Louis Society", November 4, 2014). The AIA's Governing Body has highlighted three reasons why the St Louis branch should not sell (and I have restructured the format):


The Egyptian objects on sale at Bonhams last month were withdrawn and purchased by New York's Metropolitan Museum of Art.

The St Louis Art Museum clearly feels that it wants to display Egyptian antiquities and even went as far as acquiring a mummy mask that subsequently turned out to have been excavated at Saqqara (and allegedly removed from the archaeological store).

Now some Mesoamerican pieces are due to be sold by Bonhams in New York.

The ArtNewspaper has drawn attention to the issue ("St Louis society attempts second sale of antiquities", November 6, 2014). Washington Paid Lobbyist Peter Tompa has now added his voice to the debate (as a comment to the ArtNewspaper):


In the golden age of archaeology, archaeologists were collectors and some wealthy collectors were amateur archaeologists. Now, its seen as heresy for an AIA chapter to sell a well-provenance piece which has somehow become inalienable for the ideologues that run the organization. Hopefully, this episode will prompt a much needed discussion of the issue and how the AIA's positions have only alienated itself from others who also care about preserving artifacts from the past.

He conveniently overlooks the AIA's position in order to promote the position maintained by those organisations who retain the services of his law firm. I note that the IAPN has increased its contribution to Bailey & Ehrenberg by $10,0000 in 2014.

I hope that the St Louis Society realise their responsibility to retain the objects for future generations in St Louis. It is not too late for their officers to withdraw the pieces from the sale.

David, thanks for the added publicity for my views, but a few things. First, as I've mentioned many times before, no one pays me for my blogging or commenting in newspapers and other blogs. I'm just expressing my opinion. I do really believe what I say, whether I need to register as a lobbyist or not.

As for the amounts my firm receives for lobbying, they are probably a bit overstated on this website as the reports to Congress are in $10,000 increments every quarter. So, let's say I've done $5,000 in work-- I still need to report to the closest $10,000.

As for the amounts in general, they are very modest compared to what other lobbyists typically charge for their services, and it's certainly not the focus of what I do for a living--- it's really an adjunct to my legal work.

Now that I've taken the time to explain this all to you, perhaps you can elucidate us about any funding you've received (outside whatever salary you may make as a professor) that has helped you pursue your own work in the area. That's fair isn't it?

I would say what is "alienating" the collecting community is their total inability to focus on the actual issues under discussion and, in order to disrupt it, attempt instead to deflect attention onto another topic - and generally try to bring it down to a personal level.

I would consider that kind of "lobbying" worthless and furthermore damaging to the image of collectors.