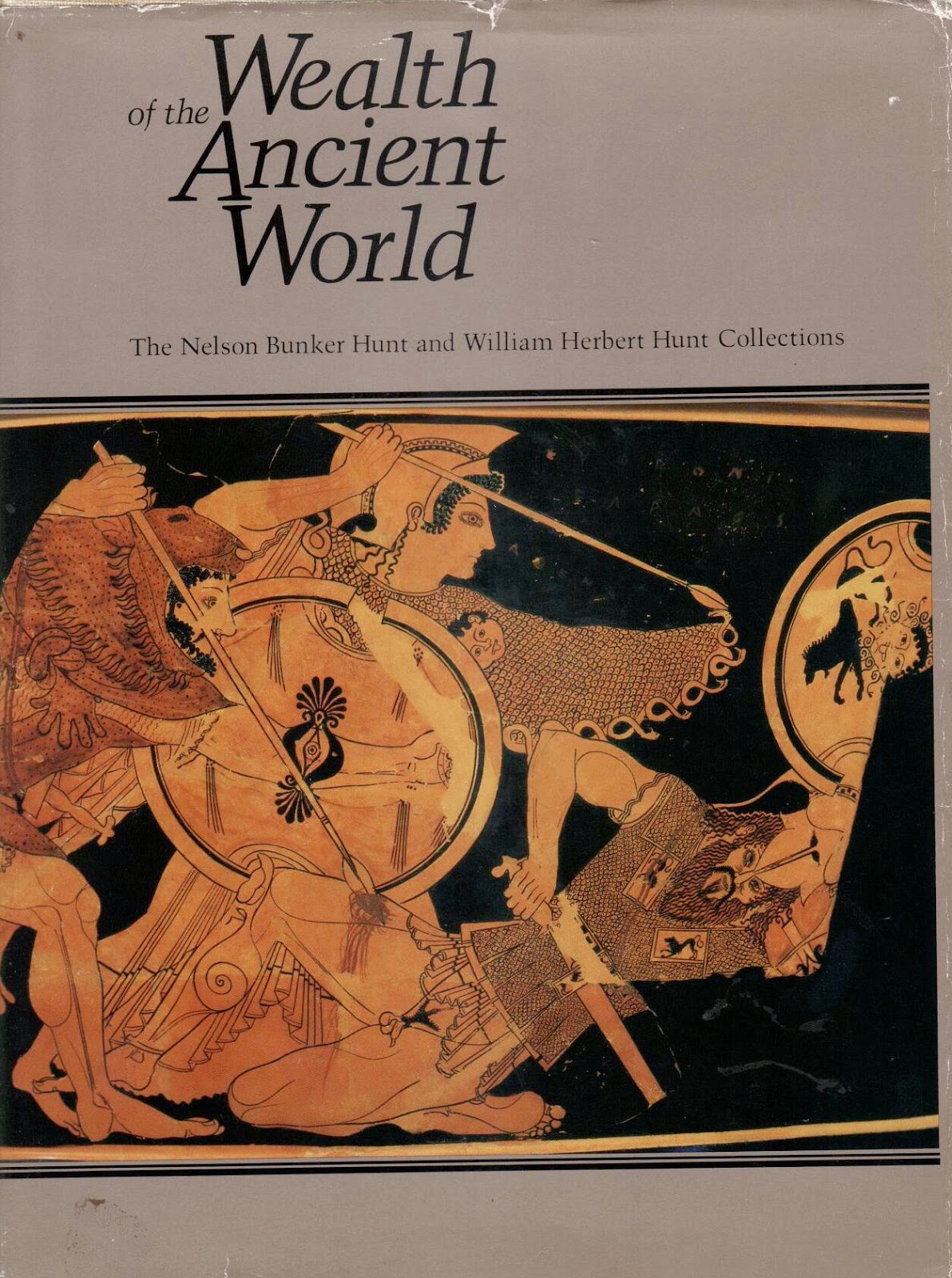 The death of collector Nelson Bunker Hunt was announced in October 2014. A number of obituaries have appeared in the British press:


Only the Telegraph mentioned his collections of antiquities and coins:


Forced into personal bankruptcy that required them to liquidate assets, the brothers auctioned off immense collections of Greek, Roman, Byzantine and Islamic coins, raising more than $30 million. Sotheby’s in New York sold their art collections, and they were even forced to offload household items, including an enamel teapot which went for $20.

The frontispiece of the 1983 catalogue was the Etruscan terracotta antefix that was acquired by Laurence and Barbara Flieschman and returned to Italy from the J. Paul Getty Museum. The cover shows the Kyknos krater that was returned to Italy by Shelby White.

The Euphronios cup from the Hunt collection is the starting point for Vernon's Silver's The Lost Chalice.

As I noted back in 2008 the returns to Italy included pieces from significant North American private collectors.