Renfrew on 1970 as a Benchmark 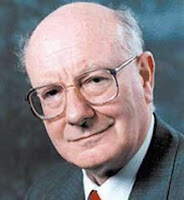 Lord Renfrew will be giving the 2009 SAFE Beacon Award Lecture, "Combating the Illicit Antiquities Trade: the 1970 Rule as a Turning Point (or How the Metropolitan Museum lags behind the Getty)". Mike Boehm has commented on the forthcoming lecture in "Getty's antiquities policy gets kudos vs. the Met" (LA Times blog January 1 2009).

Renfrew has already criticised James Cuno for not accepting 1970 as a key date. (For wider reactions to James Cuno's views see here.)

I have discussed 1970 against the 1983 deadline here; after all, material from North American museums that was returned to Italy was acquired from 1971 onwards. And what happens to disputed material that was acquired before 1970?

Renfrew seems to have New York's Metropolitan Museum of Art (MMA) in his spotlights. He has no need to go further than the exhibition celebrating the Philippe de Montebello Years. It is also worth reflecting on the collecting histories of the ex-MMA pieces that appeared in the Nostoi exhibitions in Rome and Athens (see also "Orphans and the Berlin painter"), in addition to the Morgantina silver.

Of course there is a marked difference between the MMA and the J. Paul Getty Museum when it comes to the objects that they have returned to Italy. The Getty has embraced transparency and has provided full disclosure (see Gill and Chippindale on the return). Will the MMA follow this important lead?
- January 02, 2009