A History of the World in 100 objects 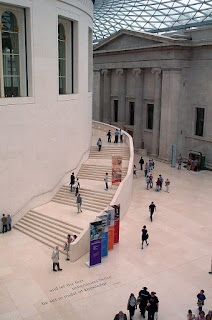 The BBC and the British Museum are collaborating on a major radio series. It will take 100 objects from the collection and describe their impact.

The series is described:


At the heart of the project is the BBC Radio 4 series A History of the World in 100 objects. 100 programmes, written and narrated by Neil MacGregor, Director of the British Museum, and focusing on 100 objects from the British Museum’s collection. The programmes will travel through two million years from the earliest object in the collection to retell the history of humanity through the objects we have made.


I note that among the objects is the bronze head of Augustus found at Meroe but likely to have been hacked from a statue in Roman Egypt.
Image
© David Gill