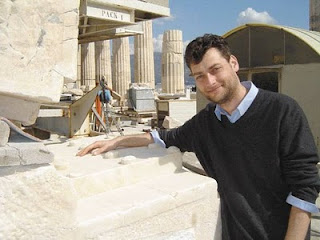 
Christos Tsirogiannis is a forensic archaeologist who investigates the theft of antiquities from ancient sites and museums. For several years Christos was the only archaeologist working for the Greek Police Art Squad in his native Athens. Now based at Cambridge University, he says the plundering of ancient artefacts is increasing as countries with the richest archaeological heritage are sinking further into financial crisis.