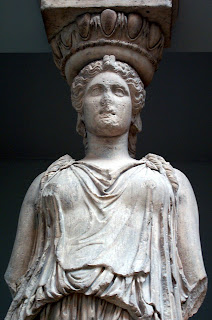 The last two years have seen major shifts in the institutional attitude towards acquiring newly-surfaced antiquities. Antiquities have been returned to Italy from the New York Metropolitan Museum of Art, the Boston Museum of Fine Arts, the J. Paul Getty Museum, and the Princeton University Art Museums.

So which museums will be next? The Cleveland Museum of Art is certainly a likely candidate in North America. And will the focus shift to Europe and Japan?

And what about the collection in the possession of Shelby White? Will she come to an agreement before the opening of the Institute for the Study of the Ancient World later this year? Failure to do so will tarnish the reputation of the Institute.

The staff of the Art Loss Register are keen to be seen addressing the issue of antiquities. So will we see a reform of their policies? A certificate from the ALR should no longer be seen as guarantee that an object was known prior to the 1970 UNESCO Convention.

Egyptian antiquities are a major element at auctions in spite of Zahi Hawass' raising of the issue of looting. Will there be an effective curtailing of site destruction in Egypt to restrict the supply of objects entering the market?

2008 will see the opening of the New Akropolis Museum in Athens that will put renewed and increasing pressure on the Trustees of the British Museum to return the Parthenon marbles. Will there be more discussion of the "Universal Museum" to justify such international collections? What is the place of such varied collections in the second millennium?

We will see the outcome of the legal challenge to the US State Government concerning the memorandum of agreement with Cyprus over the import of antiquities. Will the collecting lobby win out over the desire to protect and preserve archaeological context?

Perhaps the most important change will be in public attitude. Conservation is a key issue and archaeological sites are a finite resource. There needs to be a move away from the idea of "ownership" of cultural property to protection.

Whilst it is important to preserve an objects archeological context and to end the looting of ancient sites. Clearly this is an example where individuals have grossly overestimated the size of the market, read into the tabloids, been driven to jealousy by the profits in the sector or simply been fooled that Egypts draconian and all out offensive claim to reclaim objects generally has little to do with relinquishing objects for their inherent value because 99% of the time Egypt has thousands of identical objects stuffed in a bacement, but simply to promote a PR campaign, discredit Western Museums, sturr some national pride etc. I just with some were less fooled. Recently I read the title "Italy seizes hundreds of thousands of euros worth of items".. In actuality the combined value of the object would not hear $5,000, most of which were commercial items with no historic value, Italy must have millions upon millions of. I am just calling for some more reasoning and balance.