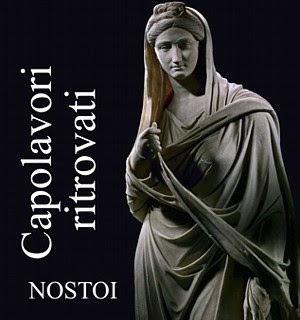 Curry comments on a fall 2007 Berlin lecture by Phillipe de Montebello of the Metropolitan Museum of Art which "argued that the aesthetic value of a piece of art should trump the artificial restrictions created by national boundaries -- and that places like Italy and Egypt shouldn't be so greedy." De Montebello is quoted as saying:

We should recognize that a great deal of knowledge, cross-fertilization and exchange can come from objects moving across borders ... Source countries now enjoy an embarrassment of riches and have more material than they can display, let alone conserve.

De Montebello is clearly mounting an offensive response to the returns at the moment with a series of lectures and press interviews ("The right to everything that's in the ground").

Curry has one or two statements that need clarification. There are thousands (if not tens of thousands) of Polaroid photographs showing antiquities that passed through the illicit market. The returns from Boston, Malibu, New York, Princeton, and the Royal Athena Galleries are only the tip of the iceberg. There are thousands more objects waiting to be identified. (Remember that some pieces from the Shelby White collection are reported to feature in the Polaroids.)

Curry also implies that it was just "newer museums like California's Getty [that] have gone on buying sprees in the last few decades". In fact a tabulation for the returns from Boston, Malibu and New York show that all three institutions were buying through the 1970s, 1980s and 1990s. The Getty was not alone.

So much of the discussion has been on North American museums. But I wonder what Curry could have made of the tomb-group of Apulian pots in Berlin some of which are reported to appear in the set of Medici Polaroids ("Chippindale's Law applied in Berlin"). The movement of antiquities from Italy via Switzerland has not just directed across the Atlantic.