The Atlanta Pithos and its journey through Switzerland 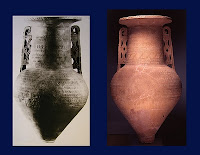 In 2004 the Michael C. Carlos Museum at Emory University acquired an archaic pithos dating to the late 7th century BCE (inv. 2004.2.1). Later that year the pot was celebrated as only one of two examples in the USA. In 2007 Greek journalist Nikolas Zirganos raised concerns about three pieces in the Michael C. Carlos Museum, among them the pithos. In 2008 the Greek press repeated the claims as it noted the return of two pieces from a New York private collector. The museum issued a press statement at the end of September 2008 in response to the reports.

Photographic and documentary evidence suggests that the Minoan larnax passed through Palladion Antike Kunst in Switzerland. The Emory pithos also appears to be close to a pithos that features in the Becchina archive seized in 2005. Breaks and missing fragments seem to suggest that they are one and the same.

The Michael C. Carlos Museum has a responsibility to release the full collecting histories for the three pieces. Its 2008 press release stated: 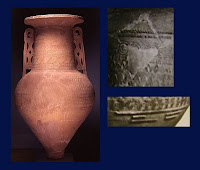 Central to the Carlos Museum's mission is the thorough research and documentation of each work of art in the permanent collection to determine its historical and social context and provenance. Museum scholars and curators carefully research each proposed acquisition. Works must have a history of documentation in order to follow the Museum's collecting guidelines of the United Nations Educational, Scientific and Cultural Organization (UNESCO) Convention on Cultural Property, adopted into law by the United States in 1983. That legislation, which informs the Carlos' collecting policy, dictates that works must have been exported from their countries of origin prior to 1983 or be accompanied by a valid export license from their countries of origin. The Museum will not knowingly acquire any object which has been illegally exported from its country of origin or illegally imported into the United States. Any object surrounded by the suggestion of being illegitimate will not be acquired.

If the collecting history of the pithos was "carefully researched" prior to its acquisition, why is the information not made public? And given that concerns have been raised in the Greek press, can the museum demonstrate that the pithos was not removed from Greece contrary to Greek law? What efforts have been made by the museum to resolve this matter with Greece?

Images
Composites showing the pithos with details from the Basel Archive.