Elgin, the Firman, and the Parthenon Marbles 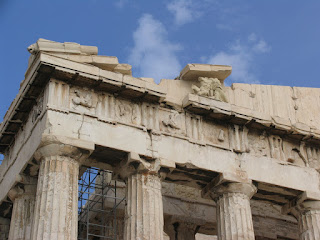 Dorothy King has discussed the issues surrounding her research on the firman issued to Elgin concerning the removal of the Parthenon marbles ("The Firman: Bring me the head of ..."). She has found a further version of the text—"a manuscript in a collection"—and has posted a working translation ("Elgin's Firman - permission to remove the Marbles"). (King has indicated that she will be issuing a "tidy" version shortly.)

No doubt the key phrases will be much discussed:
But will a decision to retain or return these architectural sculptures hinge on this document?