Homecomings: The Metropolitan Museum of Art 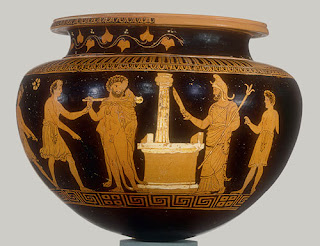 One of the first agreements to return antiquities to Italy was made with the Metropolitan Museum of Art in New York (February 21, 2006) [Press Release]. The discussion has tended to centre around the Sarpedon krater but there were other pieces as well.

The amphora attributed to the Berlin painter was sold at the same Sotheby's auction as the Lucanian nestoris returned by Boston MFA (1998.588). Were they consigned by the same person?