The Koreschnica Krater: Further Comments on the Tomb 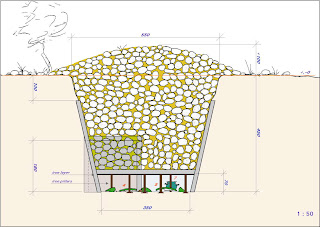 I remain intrigued by the looting of the major burial at Koreschnica in the Republic of Macedonia. This is a good example of an elite burial that has been the target of a deliberate raid to supply objects for the antiquities market.

My understanding is that iron supports have been inserted to stop the roof of the burial chamber from collapsing on the looters. The chamber apparently contained some 18 bronze helmets (some of Illyrian type).

This tomb contained a major grouping of objects whose contexts have now been lost - and the objects dispersed. There is much speculation about what they could be. Pasko Kuzman has suggested that the krater is now in a North American private collection.

Koreschnica is a good reminder that looting is still happening and that collectors continue to acquire.
- June 03, 2008

Email ThisBlogThis!Share to TwitterShare to FacebookShare to Pinterest
Labels: Macedonia