Bland: "a real gap in the treasure law" 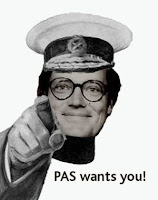 Roger Bland, head of the Portable Antiquities Scheme (PAS), has now spoken about the sale of the so-called Crosby-Garrett Roman parade helmet: "[The sale] does expose a real gap in the treasure law - a review was promised three years ago, and if it had been carried out, this outcome could have been avoided" (Maev Kennedy, "£2m face-off leaves local museum the loser in auction battle for superb Roman helmet: Stunning bronze artefact found in Cumbrian field sold to anonymous bidder", The Guardian October 8, 2010).

Sally Worrell of PAS expressed her deep frustration with the outcome: "It's so frigging annoying ... I'm gutted, to be honest - it's so frustrating to have worked so long on this and then not see it go to the museum."

This case has raised questions about the effectiveness of the Treasure Act 1996 and its ability to protect the archaeological heritage of England and Wales. Any advocates of extending PAS-style schemes to other countries (such as Greece and Italy) would do well to heed the present shortcomings.

Image
From the PAS website in a week when Kitchener seem to be in vogue.