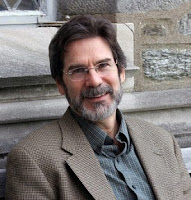 Professor James Wright of Bryn Mawr gave evidence at this week's meeting of CPAC to consider the proposed MOU with Greece. Wright has excavated at Nemea and is director of the Nemea Valley Archaeological Project.

The Aidonia Treasure appears to have been found in the vicinity of Nemea. And Wright notes a recent excavation nearby:


Wright also recounted his own excavation in 2002 of a Late Bronze Age tomb that proved to be empty, having been thoroughly looted by grave robbers. “The destruction of this tomb makes it extremely difficult to understand the history of its use,” he said, “all the more the pity since it certainly belonged with the nearby Mycenaean settlement my team and I excavated.”

Wright made it clear that the proposed MOU with Greece needed to be signed:


Given the high price fetched by Greek antiquities in the United States, Wright said, illicit excavations and trafficking in such items are bound to continue unless our government acts to stop it. The damage trafficking causes to human understanding of our common cultural heritage justifies restricting the importation of these items, he argued.

Those interested in preserving and protecting the archaeological heritage of Greece would be wise to listen to Wright's views.