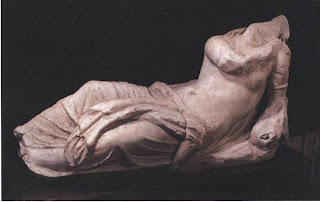 The sources for Jerome Eisenberg's antiquities that are being returned to Italy are now becoming clear. Apart from the three bronzes that had been stolen from museums in Italy, some or all of the remaining five pieces (four pots and a piece of sculpture) appearently derived from Giacomo Medici ("Generous New York Dealer Returns Italian Artefacts", ANSA, November 6, 2007).

The latter five, probably looted from unauthorized digs in central Italy, were part of a contested group of artefacts that passed through the hands of the Italian antiquities dealer Giacomo Medici.

Two of the four pots passed through Sotheby's in the mid-1980s. And it is now well documented that these sales contained indirect consignments from Medici that had passed through Switzerland.

This episode is beginning to suggest that Eisenberg's objects are featured in the Polaroids seized in Geneva. Such evidence is clearly behind the returns of antiquities from North American museums.

What else will be identified?