"The noose is tightening ": where next? 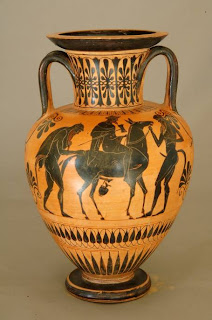 The return of antiquities to Italy is beginning to be a regular feature. Over the last few weeks there has been news over a further North American museum collection and a New York based dealer.

I have already commented on possible next moves. But earlier this week Italian Culture Minister, Francesco Rutelli, was quoted ("Ancient artifacts looted from Italy returned by New York dealer", IHT, November 6, 2007 ) as saying:

The noose is tightening around activities that for decades seemed unstoppable ... Not only museums are giving back (artifacts), but collectors and dealers are doing the same.

The identity of the collector John Kluge was revealed by Lee Rosenbaum earlier this summer. She also commented on the possibility that Shelby White will be returning objects ("Has Italy Struck an Agreement with Shelby White?", CultureGrrl, July 12, 2007). She quoted Francesco Rutelli talking about the Shelby White (and Leon Levy) collection:

We are a step away from a final accord....The negotiations are substantially concluded. They will permit the return of important pieces to Italy's possession.

As part of the same report Rosenbaum also mentioned the prediction that Princeton would be returning antiquities. This has now been proved to be correct.

So can we expect Shelby White to make a statement in the near future?
- November 09, 2007