Brent R. Benjamin: "Mistakes Can Be Made" 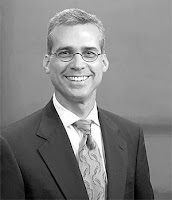 The appointment of Brent R. Benjamin, director of the St Louis Art Museum, to the Cultural Property Advisory Commitee (CPAC) is now being described as "outrageous".

The reason is the on-going dispute between Egypt and SLAM over the 1998 acquisition of an Egyptian mask that all would agree was excavated at Saqqara in 1952. Yet although Benjamin was quoted in February 2006 as saying, "Mistakes can be made", there seems to be no resolution. (For subsequent comments by Zahi Hawass, see the interview on Al-Jazeera, July 2007.)

Benjamin is a man of integrity and must now see that his position on CPAC can only undermine its work to address the issue of cultural property.

Some other interesting comments related to this.