The Pazardzhik Byzantine Silver Hoard: Will Greece Make A Response? 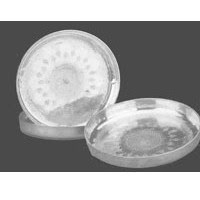 More and more museums are adopting tighter ethics codes and governments promote bilateral and international cooperation [for the return of antiquities] ... So an ideal momentum is being created ... for clear solutions on this issue.

I have contacted all of my opposite numbers across Europe with the purpose of creating a common front to combat the illegal trafficking of antiquities.

This is good news and I welcome his actions.

So why should the fellow European government of Bulgaria take encouragement?

Less than a year ago the Greek courts refused to take seriously a Bulgarian claim on some Byzantine silver ("Greece has no plans to hand over contested Byzantine plates", AFP, July 17, 2007).

Bulgaria last week announced it had asked for the return of nine solid silver gold-encrusted plates acquired by Athens in 2003 and on display in three Greek museums.

Bulgarian authorities say they have a witness statement from a local smuggler claiming the plates were discovered in 1999 in the centre of the country and then illegally exported.

If Bulgaria "presents us with evidence showing that these works have been stolen in recent decades obviously we will hand them over but for the moment that is not the case".

In documents sent to Greece, Bulgarian prosecutors say the plates were excavated from a site near the town of Pazardzhik in central Bulgaria in late 2000 and 2001.

An official in Greek Ministry of Culture, who apparently declined to be named, was quoted ("Artefacts in Greece ‘legally’", Kathimerini, August 1, 2007):

Greece will have a full documentation dossier proving they were legally purchased, when the case goes to court.

So what is this full documentation? (I have reviewed the evidence elsewhere.)

And what is meant by "legally purchased"? If there is one thing that the Medici Conspiracy has taught us, it is that legally purchased does not necessarily mean that the piece was documented before 1970. I have made the point before ("Leiden and the Cuirass"):

Objects can be acquired "legally" even if they have been dug up at dead of night, their archaeological contexts destroyed and lost, and the pieces themselves transported across international frontiers contrary to legislation.

Matthew Brunwasser ("Bulgarian relics spark an international scuffle", International Herald Tribune, May 22, 2007) summed up the issue so well last year in his discussion of the Byzantine silver:

If that case reaches a courtroom, it will be the first known instance in which official Greek institutions have been accused of violating the import and provenance standards that Greece often accuses other countries of breaching.

Liapis is wanting to demonstrate his "cultural property" credentials to his international audience gathered in Athens this week.

Is now the moment to announce that this set of Byzantine silver will be returning to Sofia? Or will he be presenting the paperwork to show that the "set" is documented well before 1970?

What is his "clear solution"?

Image from the Press Office , Embassy of Greece, Washington DC.

I have to say that still there are quite a few legal obsticles concerning returning of such artefacts which could be skipped only if there is an appropriate goverment backing on both sides.

I guess we will have to wait and see if such will be shawn from Bulgaria and Greece.

Minister Liapis has said he want to co-operate with other governments and especially within Europe.