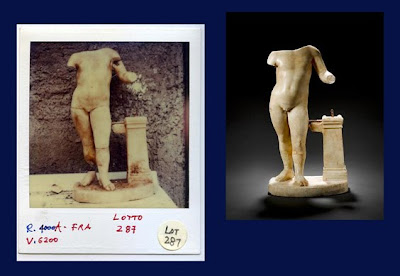 During the afternoon this statement has appeared against Lot 137:

This lot has been withdrawn

A Roman marble figure of a youth

This is the statue that features in the Medici dossier.

Will the statue be handed over to the Italian authorities? Why did the staff at Bonhams fail to spot that this was likely to have been handled by Medici?