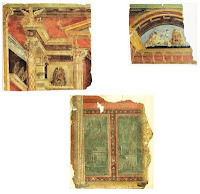 Present Pasts, the Journal of the Heritage Studies Research Group at the Institute of Archaeology, UCL, has published a revised version of the lecture given in London in October 2009.


Forty years have passed since the 1970 UNESCO Convention on the Means of Prohibiting and Preventing the Illicit Import, Export and Transfer of Ownership of Cultural Property. In spite of this there have been major scandals relating to the acquisition of recently-surfaced antiquities by public museums and private individuals. The Italian government has obtained the return of over 100 antiquities from North American collections and these have been displayed in a series of high profile exhibitions. Greece and Egypt have made successful claims on other material. Some dealers appear to be willing to handle material that surfaced along similar routes in spite of this increased awareness of the problem of looting. North American museums have now adjusted their acquisition policies to align them with the 1970 Convention.